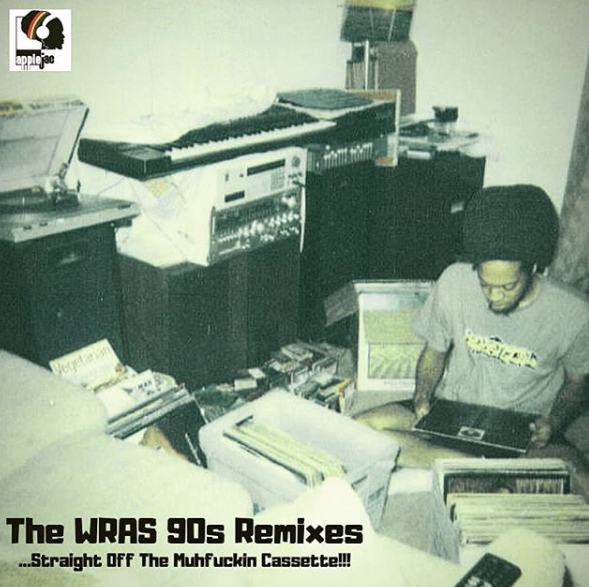 At this point I’m assuming that the majority of you who scope out HIP HOP BATTLEFIELD on the daily, are here because your tired of seeing the EXACT same post virtually everywhere you look..

The same artist, the same approach, the same songs, same opinions, and in some cases the same format….You would think with so much access to all types of material from all over the world, cats would do their best to unveil under the radar type shit, but unfortunately the lines are getting blurred a little more each day due to straight up laziness and a thirsty, instant gratification, social media mentality…

“I came across an old tape of remixes from when I used to make exclusive joints for the Rhythm & Vibes show on WRAS in the mid 90s. Popped the tape in, and the memories came flooding back. I used to make the beats at home (this is my OOOG set up at my parent’s house pictured here) and then go over @dj.xzact’s crib to mix and record it (no Protools, no ADATS, just the beats and the acapella playing LIVE!!! LOL). These remixes (and the tape before this one which is lonnnnnnng gone) are where the “legend” began. @wreckingcrewallstars89 and @elshabazz7 prolly played my joints more than the originals, which was a HUGE look at the time because Rhythm & Vibes had the city on LOCK on Sunday nights (ETERNAL gratitude to you both for that!!!). I, along with X-zact and G-Wiz, were getting MAJOR airplay on THE HOTTEST Hip-Hop show in the city (WRAS ALWAYS showcased local rappers/rap groups back then, but it was totally UNHEARD of for local PRODUCERS to get that kind of light on ATL radio in the 90s). This led to me doing the “Sample Clearance” segment on the show which kinda cemented my name as one of the cats with the illest crates in the city (remember, this was the 90s, YOU ACTUALLY HAD TO OWN THE RECORDS back then lol). All of this to say, listening to this tape reminded me of how deep my roots are in the scene here, both as a DJ AND producer”.

This entry was posted on December 18, 2018 by hiphopbattlefield. It was filed under Uncategorized .