With a title like “Ill Street Blues”, I had a feeling this would be noteworthy, and my initial hunch was correct…

One thing I learned by rocking this site for almost 15 years, is that you can’t cop a plea in the “blog world”…..

Their were years where I posted 5-7 post a day…Then their were times when I had to fall back and put more energy into my own projects, raise a family, maintain my business career, and all types of other wild shit that comes with survival…

But no one cares about that shit whatsoever- which is understandable somewhat..

You come here for the consistent blessings – speaking of blessings, give this a thorough listen and catch a heavy zone troopers..

“What do you get when you combine three forward thinking, California born and bred, life long dedicated Hip Hop powerhouses?

Since the late 90’s, Jihad has released an avalanche of releases laced with high level vocabulary, and an acute sense of morbid innovation…

From the “Third Sight” era, with D-Styles & Du- Funk, to the slew of material leading up to the present day- Jihad has solidified his position as a creative genius behind the mic-device..

A true original by any sense of the word…

Architect’s group “Homeless Derilex” was one of the first groups signed to the influential label, “Stones Throw” in the 90’s…

Since then, the ultra prolific producer has collaborated with Nowaah The Flood, Opio, A Plus, Planet Asia, Coolio,Encore, Kurious, and many others throughout his illustrious career…

You will be hard- pressed to find a more technically sound, well rounded, producer than the Architect…

DJ,MC, & producer Drasar Monumental is mostly known for his groundbreaking production for MFGRIMM (GMV Trilogy), and his work with Queens NY producer “Ayatollah” as the Boxcutter Brothers..

We highly suggest you give this Judas Brutus debut a thorough listen- but please brace yourself for heavy turbulence- the mold is now officially broken….

Flashback to the heavy blog era-

Before all the Instagram clout chasing and social media scrambling- Mediafire, Usershare, Divshare and other audio sharing players were in full effect mode…

So many informative Hip Hop blogs were popping up all over the place- to be honest I preferred that era over the current IG era because you could catch so many gems if you knew where to look, without all the posturing and narcissism….

Straight from Australia emerged the UNKUT blog by Robbie Ettelson…

Not only does Robbie have a great ear for hardcore, no frills type of Hip Hop – he also unveiled many unheard demos on his site that you wouldn’t find anywhere else at the time..

Even though he slowed down his output somewhat,UNKUT is still up and rocking…He recently dropped the “Past The Margin” hardcover which looks beyond official (Had to place an order on general principle- and I am extremely proud my name pops up in the book – HA)…

If your on the hunt for no-frills, no dibby-dibby, no cry baby, no artificial Reggae / Dancehall frequencies / you just found it cuzzo….Drasar Monumental : More Fire Mix – 45 minutes of total wreckage on deck!!!

Big up to all the posse’s out there that no what time of day it really is – all vinyl affair like usual….Secret society tunes, remixes, blends, and all that other explosive shit…FEEL FREE TO SPREAD AROUND.

If yes is the answer, do yourself a favor and give this session by SKAMROK a thorough listen troops.

“The long awaited follow up to the classic “Rok With Style” B-Boy mix. Following on from the first mix everything funky is thrown into the breakbeat cooking pot, all cut up with skill and style! Rok With Style 2 also features a selection for the Rock Dancers (Up Rockers) and a tribute section to the “Rock Steady Breakbeats Vol.” 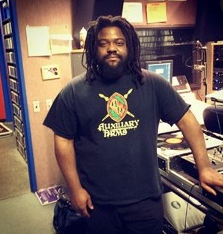 END_OF_DOCUMENT_TOKEN_TO_BE_REPLACED

“Yeah, there’s a really rich, layered sound to what you’re doing.  It doesn’t sound like that typical: here’s a beat with hopefully a catchy sample, now write a quick rhyme to it and maybe we can agree on a hook that gives it a fancier concept.  Everything informs everything else, like back and forth, as opposed to where usually one element sounds like it’s been completed and locked before they started on the next one.

Thank you. Yeah, I know exactly what you’re talking about. Obviously, I’m heavily influenced by that era stacking breaks, EQ’ing breaks and getting the poly-rhythms going at specific times in the song. That’s my shit. I grew up B-boying, so when you hear certain breaks and shit start really stacking, motherfuckers start spazzing. And I’m a DJ, you know what I’m saying? So that’s funny you said that, because I try to do that; but I wouldn’t use a typical drum break that everybody used. I apply that same dynamic you’re talking about, but just on some bugged out shit with the composition, you know, I mean layering.

Yeah, another part of what I’m thinking of, I guess, is how your songs often change up mid-instrumental, switching loops and all.  If you’re not following the lyrical theme, it can be hard to even tell what song you’re on.  Like, if you’re just listening casually doing other stuff, and you look at the track-listing, it’s like, “is this still track 3 or are we on song 5 by now?”  But if you’re paying attention, it’s clear because each song is about something distinct”.

It’s somewhat surreal to think that the VENDETTA VINYL wave has steadily gained momentum for the last ten years 2012-2022….When we first started their was only a handful of indie Hip Hop labels rocking vinyl pieces (One Leg Up Records, Six 2 Six, Redef, Diggers With Gratitude, Chopped Herring, and a few others)….I remember just like it was yesterday – the majority of cats I came across were selling their wax collections and looked at Serato as their savior…

FFWD TO 2022, now everybody is doing everything in their power to get pieces pressed up…I’m not mad, since I’m a DJ I’m actually happy I have more options to choose from when I’m record shopping….But the truth of the matter is that the overwhelming majority of the “boutique labels” that were around back then, simply no longer exist..

VENDETTA VINYL IS NOT GOING ANYWHERE..

We are in the hardcore Hip Hop holy grail history books, and regardless of all the trickery, fuckery, games, dick riding, and shenanigans, we are still flourishing without the aid of a publicist, heavy budgets and sponsorships…Records we put out almost ten years ago are still selling domestically and internationally (Some resellers have inflated the prices to astronomical levels, which is still baffling to us)… I’m truly humbled by all the support we have received from all over the globe, from all walks of life, from all types of backgrounds…Hopefully after all this time you fully realize that their is a certain quality and consistency with our releases..

Everything from the artwork, pressings, imagery, and music is produced with the highest scrutiny….

So please be on the lookout next week for the VENDETTA VINYL ten year commemorative crew neck sweaters, “Made by hardrocks, worn by hardrocks”….

” Shorty No Mas : Here Goes Nothing “

My newest offering “ADVANCED TERRORISM” is set to drop on the 18th of October on VENDETTA VINYL so keep your eyes peeled troopers….(Wax,CD&Digital)…

I could hit you off with all types of adjectives and extras- but if you have been rocking with me, you already know what fucking time it is…No games were being played, beats were selected with the highest scrutiny, savage scratches were laid down, and the pen game is on explosive mode!

Much respect to everyone that is in solidarity- you are appreciated..

It’s kinda crazy how  ILL the kick world has gotten….I vividly remember copping Jordans, Dunks. AF1’s, Max’s, etc- for reasonable prices a few decades ago….Nowadays they tried to turn it into a rich mans game, but just like records- if you know how to dig and have real world contacts you can make some magic happen…HA..

I use to feel somewhat guilty on how obsessive I was when it came to copping kicks – but once again just like records, the resell value is so high, I’m literally sitting on a stash so powerful, it could easily put my children through college when the the time comes… Even though I do not cop nearly as much as I used to- I still keep my eyes on the grid and peep what’s going on somewhat…

“When self-acclaimed Sneakerhead Simon “Woody” Wood decided to pursue his love of sneakers and freebie footwear with a publication, the mighty Sneaker Freaker was born. From its punk fanzine-style first edition in 2002 to today’s slick print + online operation, the indie magazine has remained at the fore of the global sneaker scene, documenting every collab, limited edition, retro reissue, Quickstrike, custom shoe and more, with raw passion. As “funny and serious, meaningful and pointless” as the magazine’s own ethos, the book packs in more than 650 pages of dense insider knowledge, hundreds of beautiful photos and Woody’s own obsessional observations. The book rollicks through some 100 years of sneaker history, documenting Air Max, Air Force, All Stars, Dapper Dan, Michael Jordan, Reebok Pump and Nike Skateboarding, alongside more obscure treasures like Troop, SPX and Vision Street Wear. All the major sneaker moments are all there, from Kanye to adidas Futurecraft, Nike Air Force 1 to New Balance as well as landmark collabs and prominent ad campaigns. Through all the limited editions, customs, retro reissues and samples, this is the definitive source of sneaker knowledge you’ll love as hard as your Beaters”. 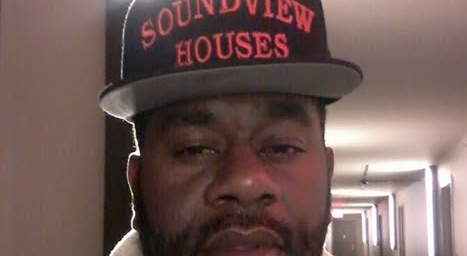 When it comes to that street parable, block shaman, true to the grain, concrete evangelist Hip Hop- MINNESOTA has you covered….He is mostly known for his beats, but truth be told, he is a absolute problem on the microphone.Glad to see MBP/ Boss Money still active in this era- much needed and much appreciated..

On this cut from “Once Upon A Handshake” Minnesota keeps it reality rap without all the fluff and extras….Hip Hop Battlefield’s Top Pick Of The Week.