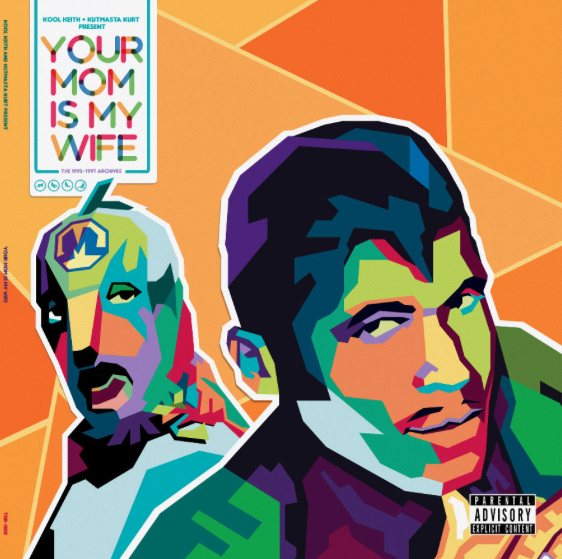 Truth be told – My favorite album from KOOL KEITH since his Ultra Mag days is the “Masters Of Illusion” album with MOTION MAN….I’m not sure why this trio didn’t record a follow up, but one thing is for sure – KUTMASTER KURT did an excellent job behind the boards….Go back and listen to that joint if you think I’m bullshitting..

Masters of Illusion is another one of my favorite projects of yours. How did that come together?

“I was always conflicting with Keith creatively about stuff. I became more vocal about it later… I was trying to go in a different direction. I was like, ‘Look Keith, I’ll help you do your projects the way you wanna do ‘em, and why don’t you do some rugged hip hop tracks the way I wanna do ‘em.’ It was kinda like a trade-off thing. So Matthew was sort of a trade-off for Masters of Illusion with him. I helped him make Matthew as a trade-off for him to do his vocal contributions to Masters of Illusion.

The vision of that record was totally my vision, and the sound conceptually and creatively. That’s why I made it ‘KutMasta Kurt presents Masters of Illusion.’ I wanted people to know this is how I wanted to do stuff with Keith, and Motion Man, who is my ace, and who I thought people needed to hear more of… It accomplished what I wanted. People who have similar taste as me would probably say that’s one of the better quality records that we’ve done together.”

This entry was posted on May 18, 2016 by hiphopbattlefield. It was filed under Uncategorized .