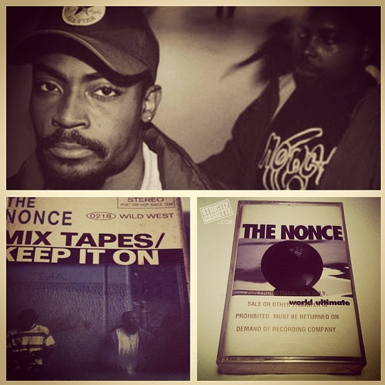 It’s not often that you get a in-depth interview from SACH (The Nonce) like this…Consider yourself blessed….

“I’ll tell you this too. We went through several lives in hip-hop, me and Yusef. We started in the 80s. Yusef passed in the year 2000 and all the way up until then, say from sixteen to seventeen, we actually got signed to a label, as teenagers. So we were in the studio. We recorded a gang of music. We recorded every single day. It was like our life blood. And we were always producer minded, so we made stuff already in an album format. So we turned in albums to the labels and they never knew what to do with us. They didn’t understand that we are our own little thing, so promote us like that. Promote us like we are the shit, not like we’re copying something else. We’re our own entity. So we had lots of conflict with record labels and stuff because, like I said, they didn’t have the balls or didn’t have the foresight to make it what it really could have been”…

This entry was posted on July 31, 2015 by hiphopbattlefield. It was filed under Uncategorized .