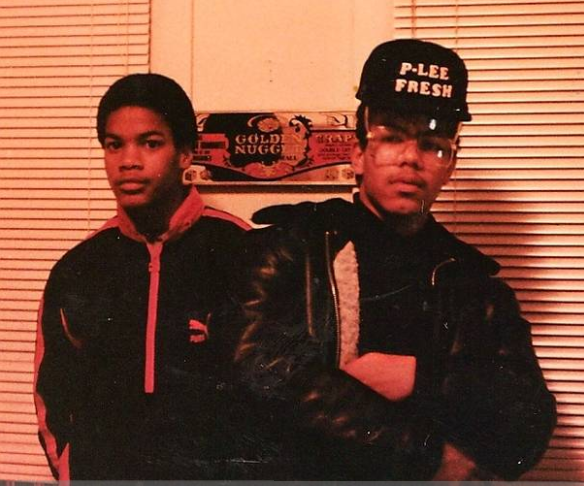 I know I promised part 2 of the AKBAR ON THE BATTLEFIELD series quite sometime ago, but don’t trip troopers I’m a man of my word (even if I’m tardy)..

So grab some popcorn, tilt your chair back a little bit, and zone out as one of Chicago’s Hip Hop generals hits us with STRAIGHT TALK…

1..(HHB) On AKBAR’S GROOVE you rocked over a P – LEE beat that Rasco ended up using on “Unassisted”, and even the ARTIFACTS flipped the same sample source on “What’s Up Now Motherfucker”…..Are you aware of that and how do you feel about it ?

Well lemme first say that Parker was the 1st to use that loop to my knowledge. He had the loop back in like ’93 but we ended up using it on Jamalski’s album. Later when I heard Rasco’s and Artifacts versions it didnt really phase me because like the late great Guru once said “rap is an art you cant own no loop its how you hook it up and the rhyme style troop”. I personally felt like our version was the illest so its whatever. By the way, Raekwon rocked that loop on “Missing Watch” off the Lex Diamond Story album-now that joint is crazy! I like what they did with it.

2..(HHB) YEAH, I remember Raekwon rocking that shit way late in the game HAHA..You have been around some heavy-hitters in the studio, have you ever tried your hand at production ?

Naw, surprisingly I’ve never really done any production. I gotta pretty good ear though and I know what sounds correct having worked alongside some talented producers for so long. I will add my ideas to the pot and ask for drops where I feel they work best, etc. I got so much respect for what goes into making a dope track that I would never half ass it by stepping outside of my expertise. I like to leave that to the producer and just play my part as the emcee.

3..(HHB) THES ONE from People Under The Stairs produced “Live Long” off the Big Bang Boogie album…How did that collabo come about it ?

M-Boogie who put out my first album “Big Bang Boogie” on Illboogie Records made that possible. Funny thing is I didnt really like the beat when he threw it to me. I wasnt really feeling it. Not to say it was wack but it was just far outside of what I was used to. My man DJ 3rd Rail heard the track and encouraged me to use it. Ultimately, my hesitancy was the very reason why I decided to rock with it. Sometimes as an artist its important to step outside of your comfort zone and reach within to challenge yourself. I wrote “Live Long” to that track and it all came together nicely. S/O to THES ONE for bringing something new to the table.

When you say bombing what comes to mind is illegal unauthorized defacing of public property whether it be a tag, throw-up, or a full piece. That’s how graffiti started out. There’s something invigorating about bombing. Its anti-establishment, rebellious, and free. When I hear piecing thats kinda vague but I think of permission walls, and mural projects which came later in the game as a way of curtailing bombing. That’s cool too as long as the artist isnt restricted or censored in any way- its all art at the end of the day.

5.(HHB) In your opinion, who are the top five writers (graff) in Chicago ?

Now when you say “Top 5 writers” Im thinking cats who got their names up the most- true bombers or what we call All City Kings. I gotta say its really tough trying to narrow it down to 5 because there were so many prolific writers who did their thing from the early 80’s on into the 90’s but to answer the question I have to mention: P-LEE who was one of the 1st kings of the buses and trains. He also introduced guys like Griffin to the scene. Then theres HATE (RIP) who was a notorious bomber, CURLE as well- they used to demolish entire subway stations. I also gotta mention TRANE aka IAN known for hitting mad trains and rooftops and another reputable king of the buses. I wouldnt be surprised if some of his IAN etchings still run on a few Chicago buses today. And I cant forget the homey TELLY who was one of the youngest writers to burst onto the early scene. Him and FLEA used to rock the northside and later the train lines.
If I may add I would also like to mention 8 crews in no particular order who laid the foundation for Chicago in the early 80’s and gave birth to many other writers and crews: CTA (Creative Team Artists), CAB crew (312), TCP (The Crowd Pleasers), ABC (Artistic Bombing Crew), OTR (Out To Rock), ACW (All-City Writers), MPC (MasterPiece Crew), IAC (Insane Artists Crew)

That would be Parker Lee’s doing. Parker and I stopped bombing hard in the early 90’s so he started X-Men to keep the northside graffiti presence strong. P used to run with a few X-Men writers back in NY so he just decided to open a Chicago chapter which later got recognized and honored by the NY heads

7..(HHB) From what I have heard from some of my people in Chicago, the “DEM DERE” crew were boostin and flashing Polo heavy in the late 80’s, early 90’s at the same time the LO-LIFES were doing the same in Brooklyn……

I became good friends with a brother name Roland who everybody knew as BayBay up on the northside of Chi or what we call the North Pole. He had a crib right off Jarvis with his brother Herbie LoveBug. I used to fall through all the time and chill. BayBay was a member of the DemDare Crew. They was known for throwing stupid hip-hop parties every other week in Chicago. Through BayBay I later met DJ Twilite Tone aka Y-Not who was and still is Common’s DJay and subsequently was reintroduced to Common after meeting Tone. RegNoc was the artist behind all the ill flyers that would circulate before the party. He had the sickest characters all geared up in Polo and Timberland with the truck jewelry bamboo earrings and all the b-boy accessories. RegNoc like most of the Dem Darians rocked nothing but Polo from head to toe. Reg is living in Cali now doin animation and designing action.

8…Chicago is a city known for it’s musical diversity….How did house music influence the club scene in the 80’s ?

House music in the 80’s is what Hip-Hop was to NY in the 80’s. It was a street made subculture that eventually spilled over into the mainstream and became a billion dollar industry. Chicago had an ill club scene back then, I know because I was there. Used to go to the Music Box, The Warehouse, and COD’s just to name a few. The late great Ron Hardy used to live on my block and is still one of my favorite DJs period. 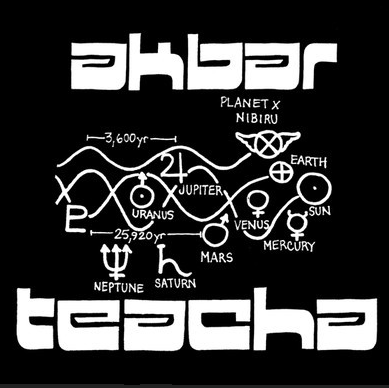 9..(HHB) Your newest offering “PLANET X” has some serious bangers on it….How long did it take you to put that project together ?

Took me about 5 yrs to put it all together. Mainly because I did it without a real budget, no management, and limited resources. It was a continuous grind for me with many twist and turns along the path. Im very pleased with the final product..

10..(HHB) Since your performing at this years ZULU anniversary, what are your opinions on BAM’S legacy as someone who continues to spread Hip Hop all over the globe without ever compromising his beliefs ?….

Yeah I just got word from my mans Kurt that I am confirmed to perform at this years Zulu Nation 40th Anniversary Nov 6! Its definitely an honor and a privilege to be invited by TC Izlam. Growing up in the Bronx I saw how Bambaata and the Zulu Nation were very key to the growth of this culture. It was one of the few positive alternatives to the violence and crime that the streets had to offer. My older brother Riheim was Gastapo Zulu up on 219th. Around my neighborhood they was called barebottom Zulus. My brother went to Evander High and I went to PS 21. Back then you also had the Ball Busters- they was opposition. If they caught you in their hood rockin your beads they would chase you and try to stomp you out. My cousins down in Forest projects grew up around Bam. He told me the story of how Kev became known as Afrika Bambaata after winning a grammar school essay and being flown to Africa where he was given the name by a real Zulu King. That trip inspired him to build a nation here. The Zulu nation took over the streets with the parties and the park jams back in the early 80s. They brought culture to the scene along with the Gods and Earths. It was Peace Ahkee! What chapter are you? Or whats todays mathematics GOD? If you got caught perpetrating a fraud you got your head flown!

No doubt! Shouts to the homey SKORN out in LA. We know each from Chicago, X-Men crew, hes also one of the original Polo heads and true collectors of fashion. He moved to NY for a few years then later out to Hollywood CA and got off into the music video industry. Hes now shooting for major artist like Lil Wayne, and 2 Chains and he just shot and directed my video out in LA! Special shout out to Naimah, and Matt Rocks out in San Diego for holding me down out there. Shout outs to Alec Pacillas over at SkyLab Studio in SD. Honestly, one of the coolest most talented engineers/ artists Ive had the pleasure of working with. And of course big ups to everyone who follows and supports the music and the culture Free Doctor York- that is ALL.

Here are few AKBAR joints to rock out with…

This entry was posted on October 10, 2013 by hiphopbattlefield. It was filed under Uncategorized .