The Dirty Rotten Scoundrel JERU THE DAMAJA recently launched “Harriet Tubman” which is laced with substance, current issue bars, analysis of new era politics, and a sense of urgency that I haven’t heard from the MC in a minute… 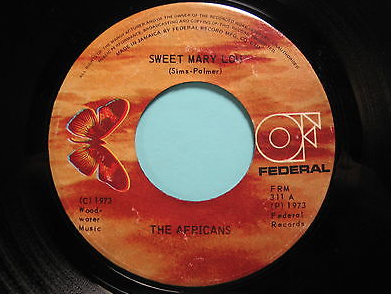 The owner of FEDERAL RECORDS Ken Khouri started the first commercial studio in Jamaica…It was from that location that he helped jump start the careers of KEN BOOTHE, DELROY WILSON, ROLAND ALPHONSO, JOHN HOLT, THE MEDITATIONS, DON DRUMMOND,ERNIST RANGLIN and a slew of others in the 60’s and early 70’s……

He eventually sold the studio to Bob Marley’s Tuff Gong label in 1981, but at that point he amassed a heavy catalogue of releases that still resonate today…The good folks over at DUB VENDOR JAPAN just launched a exclusive batch of straight heat from the label that should hold your attention..

M.O.P’s BILLY DANZE is the special guest on episode 268 of the Chrome Radio broadcast…Newness, blends, and all that other shit…

The accent that hardrocks use in Toronto has always caught my attention…To my ears it’s a mixture of hood NYC, with a splash of the West Indian influence that has penetrated that region for many years, and some whole other shit that I can’t really describe in words, but regardless, when its flipped over ill beats the results are unique…I’m quite sure the HIP HOP BATTLEFIELD readers have been watching our brothers up north make a lot of noise the past 5-7 years…Of course Canada has it’s pioneers that we are well versed on, but this new breed is bringing something different to the table in my opinion….This new era hybrid is a mixture of mid 90’s Mobb Deep/ Roc Marciano /WSG / 90’s Wu-Tang/ etc….

This brings me to the latest project from ASUN EASTWARD “Danger My Ally”…Give it a listen and catch a zone…HIP HOP BATTLEFIELD TOP PICK – “VERIFIED ACCOUNT”..

The way he rocks his color schemes is electrifying on many levels…His work literally jumps off the wall in a way that is not only captivating, but bold and full of movement at the same time..The German powerhouse recently chopped it up with the good people over at BOMBING SCIENCE for a little Q&A…

“Your sense of color is on point, everything you paint has this very lavish and strong color that really grabs you I love it! Do you have any tips for people out there struggling to up their color game? Is there specific exercises you do or do you just experiment in your black book a lot?

I’ve really made it a point to actually study color and what makes things look a certain way and why. There’s all kinds of theories and principals that help to create strong color schemes and arrangements, but mostly for me it comes from trying to visualize it ahead of time. What colors would I enjoy seeing next to each other? Then maybe testing a few colors and seeing how they look together and go from there. It’s why I sometimes bounce around in my piece as opposing to having a set scheme. I tend to favor the tertiary colors over primary because I think it looks better personally. Also – in a pinch you can search for some stock color palette samples and get some good ideas there as well”.

MEYHEM’S first release “Self Induced Illness” came out in 2007, but for some reason it feels like it was just yesterday…Since then the Queens NYC rhyme slinger has obviously made a significant name for himself, and has maintained a certain grit with his releases even though he has garnered a tremendous amount of spotlight….

Recently the BUILT TO LAST crew from France assembled a strictly MEYHEM LAUREN mix that delves into his extensive catalogue…Running time 1:11:29

Alright folks, are you ready for another dose of “Attack Of The Killer Demos”?.I’m quite sure you are, so without further delay I’m going to transport you all the way to Long Island NYC early 2000’s with Roc Marciano’s former group the UN, for some unreleased treats courtesy of those FROZEN FILE dudes (Scott Free & Matt Life)….

It’s not everyday that you get to hear west coast pioneer KING T open up about his musical beginnings, the formation and foundation of the LIKWIT CREW, squabbles with Tupac, Dr.Dre, Rhyme Syndicate management, etc…

When cats talk about the rich legacy of Hip Hop from this side – they better include T in the conversation or else all that yelling is invalid !!!!!

With a title like “Scope On Ya Head” you should already know your going to hear a lot of death threats, sucker MC manslaughter, boulevard bully talk, and all types of anti – social energy….Luckily BLAQ POET executes his modus operandi over a fresh beat by Japanese beat smith B.I.M.B….Turn the volume up a few notches..

Not sure if this off the “RETURN OF THE SP” album that dropped on Record Store Day, but PETE ROCK just uploaded a very fresh joint entitled “Dreamers” on his Soundcloud page that is worthy of your attention….If this is a indicator of what has up his sleeves for “Return Of The SP”- I need to track it down immediately…

I couldn’t help but notice that the WU-SYNDICATE has been very active lately….

The fact is that it is HARD to stop doing things that I have been doing for such a long time. The longer you do something, the more ingrained it becomes, and the harder it is to change especially if you love it.
Over the years Tone Beats and myself Lex Boogie From the Bronx have come accustomed to making beats and creating songs, and at this point it is just part of who we are (Hip-Hop).
“Old Habits Die Hard” is a short 5 song ep we are presenting. The project is an example of what we do have been doing and how we vibe. We have recorded several songs over the years for our upcoming release titled 10456 and wanted to give glimpse of what’s to come with this EP. The later project represents where I’m from but the perspective presented on this EP is an excerpt or some insight on where I am.
The 5 songs where recorded over the course of 2 weeks, and a trip to Augusta to visit Tone, all while maintaining my day to day, handling my responsibilities as a man and living this ART life”. 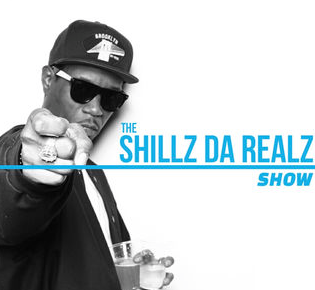 After a lengthy hiatus, that BK kid SHILLZ DA REALZ is back up and running on his hilarious, informative, street level, Polo flashback avalanche steez podcast…Do yourself a favor and catch a zone, but make sure to tell him that the grimy dude from HIP HOP BATTLEFIELD sent you duke!!!

All songs written & arranged by:
Lisaan’dro

All songs recorded mixed by : SP for Fose Images

All songs mastered by : Joe Gibbs